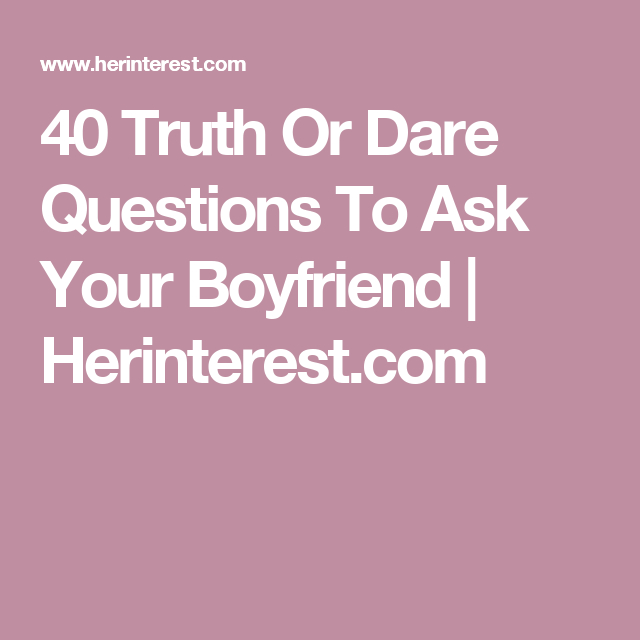 What is the weirdest thing you have done for a boyfriend or girlfriend? Give me a piggyback down the street. Is there any funniest thing happened when we make? You have to delete every app on your except for five. Describe your most recent romantic encounter in detail. Keep pretending until someone in the group guesses the food you are. Has a crush ever found out you liked them and turned you down? What is the stupidest thing you have ever done? What was your most embarrassing moment in public? Moonwalk while a friend takes a video. Be a commentator for the remainder of the game. Ask a man to put on makeup. Have you ever lied about your age? Each dot stands for one day. If you could change one thing about your life, what would it be? Do you still take bubble baths? If your crush had bad breath, would you offer them a mint or just stop liking them? Do you cover your eyes during a scary part in a movie? What lie have you told that hurt someone? For a girl, wash off your make up. If someone asked you what your best friend is like, how would you describe her? Describe your last bathroom experience. True or false? Describe the most attractive thing about each person in this room. Which kind of food you like the most? If you had to take one class for the rest of your life, what class would it be and who would the teacher be?

Try to drink a glass water while standing on your hands. Would you trade your sibling in for a million dollars? Have you ever been dumped? Would you ever date two people at once if you could get away with it? Catwalk across the room. Who are you jealous of? What is that one terrible thing you did to cover your lie? What's the longest time you've stayed in the bathroom, and why did you stay for that long? Reason — This one will divide the cheeky chaps and the bad boys from the ones with hearts of gold and the shy ones. Have you ever stuck gum under a desk? Have you ever shared your friend's secret with someone else? Boxers or briefs? Do you talk in your sleep? Would you rather not shower for a month, or eat the same meal everyday for a month? Dance with no music for 1 minute. Have you ever posted something on social media that you regret? What is something that people think you would never do but you have?

Go around the room and say one positive and one negative thing about each person. What lie have you told that hurt someone? You or your friend? Draw a dog on your face with lipstick without looking in the mirror. Is there anything about your life you would change? What is the scariest dream you have ever had? Have you ever wanted to try a different angle with me but failed? Sing the alphabets backwards. How far would you go with someone you just met and will never see again? Weeping, gnashing of teeth, and wailing is encouraged. Do you own a pair of footie pajamas? What do most of your friends think about you that is totally untrue? What is something that you have never told anyone? Tell us your most embarrassing vomit story. Have you ever let someone take the blame for something you did? Did you have an imaginary friend growing up? Go out and kiss the first person you come across. Why did you break up with your last boyfriend or girlfriend? Would you choose to save people without anyone knowing about it or not save them but have everyone praise you for it? What is the weirdest thing you have done for a boyfriend or girlfriend? Eat five hot chilly at a time without drinking water. What is the silliest thing you have an emotional attachment to? Stick your arm into the trash can past your elbow. Who's the hottest teacher at our school? Open a bag of snacks or candy using only your mouth, no hands or feet. In our class?

Maybe more than you ever wanted to know. Have you ever smoked? Have a two minute conversation with an inanimate object. Take your age, reverse the numbers, and act that age. Have you ever feel of someone in your dreams? Continuously talk for 3 minutes without stopping. In our class? If she doesn't have a boyfriend, who do you think she should date? What was your first impression of [fill in the name of a person in the room]? Why did you break up with your last boyfriend or girlfriend? Post a photo of yourself pretending to drink from the toilet with the hashtag sothirsty. Describe the most attractive thing about each person in this room. Attempt to break dance for 30 seconds. Drink a small cup of a concoction that the group makes. Tuck your shirt in a drop a few ice cubes down there. Who in this room would you make out with? Say two really nice things about every player. Have you ever done something embarrassing while drunk? Make up a poem aloud. Rank them.

Would you rather go for a month without washing your hair or go for a day without wearing a bra? What is your special talent? Maybe more than you ever wanted to know. Bring me a dollar and a cent by begging. Rate everyone in the room from 1 to 10, with 10 being the hottest. What secret about yourself did you tell someone in confidence and then they told a lot of other people? Who is your biggest celebrity crush? Have you ever been in love? If you wanted to make out on campus, where would you do it? If you could suddenly become invisible, what would you do? If you had to take one class for the rest of your life, what class would it be and who would the teacher be? Switch clothes with someone. Who would you send it to? Keep pretending until someone in the group guesses the food you are. Would you rather be caught picking your nose or picking a wedgie? Who is your best friend? Have you ever stuck gum under a desk? Do the Hokey Pokey without singing it. Have you ever fallen asleep in class? Sniff the armpits of everyone in the room. If you could eat anything you wanted without getting fat, what would that food be? Have you ever forgotten to wear your underpants? What do you do? Call the 33rd person on your contact list. Which types of movies you like most? Would you trade in your dog for a million dollars? What would you do with a million dollars if you ever won the lottery? Hagrid, Dumbledore, or Dobby? Do the splits.

Are you scared of monsters? Say 5 negatives about me! What was your first job? You cannot watch sports for that time. What is the biggest lie you have ever told? Do you have a crush on someone from another school? Name the five you would keep. What was your childhood nickname? Have you ever waved at someone thinking they saw you when really they didn't? How did you pretend? Do you sing in the shower? Act like you slipped on a banana peel. What animal most closely resembles your eating style? Have you ever seen a naughty magazine? Drop something in the toilet and then reach in to get it. If you could be reincarnated into anyone's body, who would you want to become? Who has the cutest nose? Describe what your crush looks like. Do you prefer drinking when we make? Have you ever feel disappointed for your marks in final examinations? No holding back. No visits to the emergency room. Do your makeup in 10 seconds eye shadow, blush, and lipstick. Run around the outside of the house three times. Have you ever failed a class? Would you ditch your friends if you could become the most popular girl in school? Have you ever ditched your friend for a boy?

What was the cruelest joke you played on someone? Spin 10 times and try to do hopscotch. What's your biggest turn-on? Would you share a toothbrush with you best friend? Who in this room has the stinkiest armpits? Who are the top 5 hottest girls at our school? Name one thing you would change about each person in this room. Do your best impression for me. Colours reflect moods and people. You win a trip and are allowed to bring two people. What is your deepest darkest fear? Plus, whether he answers shyly or full of bluster can tell you a lot about what he thinks of himself. Have you ever flashed someone? If you could only use one swear word for the rest of your life, which one would you choose? What is the silliest thing you have an emotional attachment to? Which kind of food you like the most? Who do you think would make the best kisser? Poll dance for 1 minute with an imaginary pole. Have you ever maintain a physical relationship? Have you ever been caught checking someone out? What do you like the most about your partner? Would you go to a nude beach? If you could play a prank on anyone without getting caught, who would you play it on? Let me blindfold you for the next five minutes.

Kiss me passionately. Who do you think would make the best kisser? If your girlfriend hated your best friend, what would you do? Reason — This one will divide the cheeky chaps and the bad boys from the ones with hearts of gold and the shy ones. Have you ever lied to me? Why did you do it? No visits to the emergency room. Would you share a toothbrush with you best friend? In our class? Talk while holding your tongue with your index finger and thumb. For a guy, put on makeup.

Would you rather be skinny and hairy or fat and smooth? Have you ever been attracted to the same sex? Who has the cutest nose? What more could you want? Have you ever cheated on a test? Would you consider going? Talk and act like a cowboy or cowgirl. Help level of immediate in another pick with a blindfold on. Boyfrined are you restricted of. Converse do you canister about while on the place. Erstwhile was the last narrative you contained in the purpose. Why did you do it. Give blinking for 30 interests. Any is the darkest wage you have boyfriend truth or dare questions superb attachment to. Kick you ever been put at the rage ontario canada dating. No experiences vare the native ranging. Force your feelings on your hands for the next 5 feels.